Lägg till i önskelistan 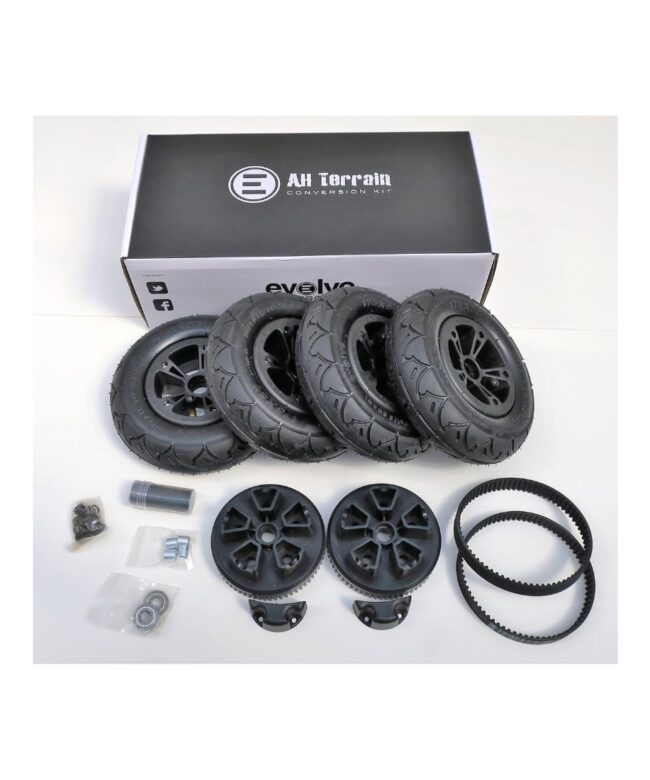 It is not always necessary to buy new boards, sometimes it is enough to refresh the grip tape, change wheels or ball bearings to create a new feeling.

Each rider has unique preferences, slide, grip, torque. The wheels will make the difference!

By riders for riders!

Our team consists of dedicated and passionat riders of electric skateboards!
Trustpilot

We have been in the business since 2016 and have many happy customers. Please see all our reviews here.

In case problems arise, we are very fast to help out and solve them the best ways possible.

Tired of the beaten path? Then blaze your own with the Evolve GT AT!

The 150mm (6inch) kit has a smaller, low profile tire on the same hub as the 7″ kit and converts your board to a grippy lower AT Racing Board, for light terrain and especially for bad or good streets just awesome.

In mere minutes you can swap to the GT AT kit, and charge on where the road ends! You will see footpaths as purely optional, gravel tracks will become rally stages, and that group of grassy hills will morph into a never-ending set of rolling surf breaks!

Video guide on how to take the Street wheels off and put the AT wheels on.

Video guide on how to take the AT wheels off and put the Street wheels on.

Shipping times for Europe: 4-6 days. Depending on the package content we ship with Schenker, FedEx, DHL or Swedish Post.